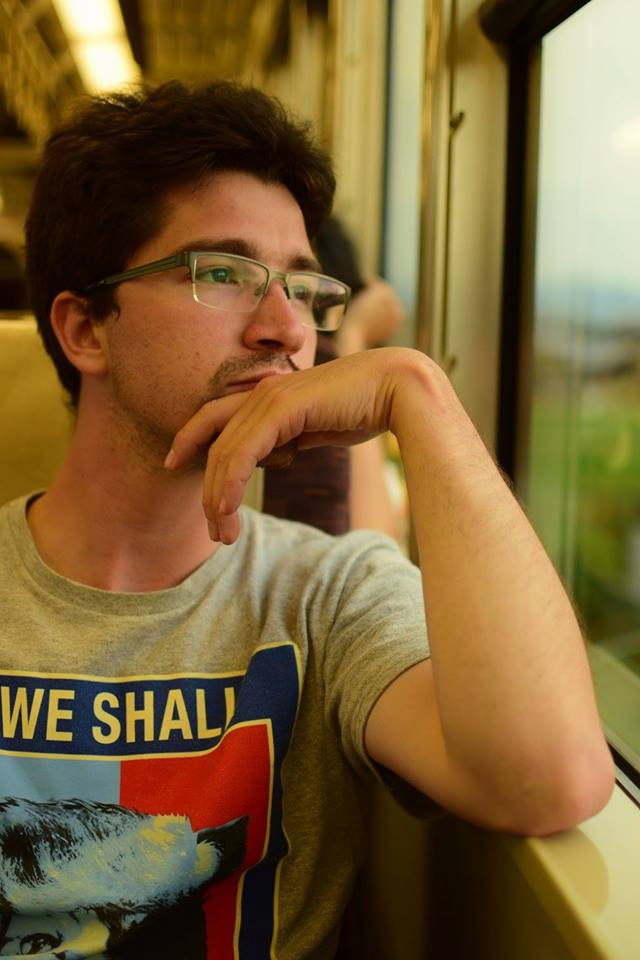 About five years ago, I accepted a job offer to work at Bellevue College on the custodial staff. I wanted to go back to school, but I didn’t know how I could pay for it; Bellevue College helped me to figure that part out. As an employee of Bellevue College, I would be offered tuition waivers if I enrolled in classes. I took advantage of that, and of my proximity to classes and administrative offices as an employee of the college. I worked full-time and studied part-time before coming to the UW.

I just completed my undergraduate degree, double majoring in English: Creative Writing, and Japanese: literature emphasis. The former is something that I knew I would study years before I found my chance to go back to school. Literature has always resonated with me in profound ways; my greatest academic asset always has been my writing ability.

Japanese came as a bit of an afterthought/obsession. I needed to take some foreign language class to meet university admission requirements, and Japanese interested me the most due to my affinity for Japanese cultural exports – videogames, manga, and even martial arts. But, to be honest, I was never able to learn Japanese just for the sake of credit. I found a private tutor and utilized multiple resources to improve my fluency in Japanese. It became clear soon enough that I would not give up my study of Japanese, so pursuing a second major in Japanese was the natural choice in those circumstances.

Q: What is one thing you would recommend to students transferring to the UW?

I have a lot of things I would like to recommend to students who are transferring in, but to point out the most salient information I can offer; don’t preclude yourself. Many transfer students feel that their academic choices are limited as transfer students. While transfer students must of necessity be more deliberate and organized in planning their academic trajectory, that doesn’t mean that you can’t explore your academic interests and passions to the fullest. I know that I’m an unusual case, but I completed the requirements for two very divergent majors, and spent a year studying abroad, as a transfer student.

Q: How did you become interested in the Pickering?

Several years ago, I remember perusing the internet and daydreaming, thinking about what kind of life I would live if I had the chance – the places I would go and the things I would do. At that time, I stumbled on a website which explained the work of the Foreign Service, and became interested. This was all before I had even started taking classes at Bellevue College, so I basically put it out of my mind as I didn’t think it was a realistic option.

My second look at the Foreign Service came during a briefing for the CLS program. During the opening events, current and former US State Department employees spoke to us to congratulate CLS recipients on their achievements, and to encourage us to consider working for the State Department as a career. It felt like a goal that could really be within reach, when a representative of the State Department stood in front of us and spoke of how they wanted students like us to work for them.

During those briefings, I also learned of the different functions of diplomacy, the five “cones” that define the career trajectory of a Foreign Service Officer. It all sounded exhilarating but ultimately not a good fit for me as an aspiring educator – until they touched on the Public Diplomacy track. I learned that Public Diplomacy officers can work in educational roles, such as facilitating programs like Fulbright and CLS. This caused me to reconsider pursuing diplomacy as a career. That decision became increasingly more cemented the longer I lived in Japan. I gained a more valuable education by studying abroad, than I think I ever could have by sitting in a stateside classroom. I’m not talking about academics, but about the skills of adaptation and improvisation one must build when functioning in a foreign language and culture.

I grew as an individual and began to see Japan and its people in a way that I never could have before. This is how I came to believe so strongly in the efficacy of international educational programs, which also informed my decision to pursue a career as a Public Diplomacy Officer. The Pickering Fellowship would help me on my path to becoming a diplomat, which became my ultimate goal. This is why I applied.

Q: Where do you see yourself in 5 years?

In 5 years, I will be a Foreign Service Officer. For the first time in a long time, I don’t see my path forward as a stepping stone or transition to something else. I know what I want to do, and am going to put forth my best effort to be as effective as I can be in that capacity. I will be a Public Diplomacy Officer, and hope to be working in an educational capacity within that role.
There is a good chance that I’ll be in Japan, since that is where I have previous language and cultural experience. Or, I might be called upon to do something else, somewhere else. For me, that unknown factor is another exciting component of working in the Foreign Service. Your job, location, and language will change every few years.Whatever I might be involved in 5 years from now, I will be working to establish and maintain peace and productive dialogue internationally; and there’s nothing I’d rather do.